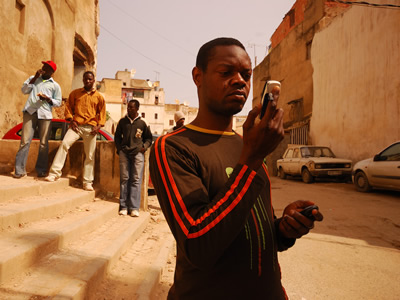 FOUR mobile operators in Kenya have signed an agreement that will allow subscribers to switch without losing their phone numbers, but they will have to wait until April 1, 2011, for operators to make available the service.

The four mobile-phone operators that included Safaricom, Airtel Kenya, and Eassar have both agreed to implement mobile number.

But even before it’s implemented, there are emerging reports indicating that three out of the four operators are yet to put their systems in order to allow their subscribers to switch.

Njoroge however said that the postponement had been due to operators not being at the same level in acquiring the requisite equipment and carrying out initial service tests to guarantee the integration of networks.

Already CCK had issued Porting Access Kenya Ltd with a licence for provision of number portability services in Kenya and is expected to start carrying out technical tests in readiness for the service.

Njoroge stressed that it will take a minimum of 48 hours for a user to port and up to 60 days as a cooling period to change to any other operator again.

“The service will bolster the level of competition in the mobile telecommunications market, thus enabling consumers to change networks without suffering the inconvenience of having to change their subscriber
numbers,” Njoroge said.

Airtel Kenya managing director Rene Meza said: “We’re technically ready for MNP and have been collaborating very closely with the CCK to make MNP a reality by December this year. Unfortunately, not all operators are
ready and thus it had to be postponed.”

Earlier in the week, Safaricom chief executive officer Bob Collymore expressed doubts on the viability of the number portability service in Kenya, citing the culture of users buying more than one Sim card to enjoy
the different calling and texting offers by operators.

“This is a multi-SIM country, and almost everyone buys more than one SIM card. Number portability may not work here like in other countries,” said Collymore.

Essar Telkom Kenya’s country manager, Atul Chaturvedi, says the service requires lots of cross operator testing so that when the same number moves from one operator to the other, it can receive all the calls, as earlier, without a hitch.

“This is power discretion in the hands of subscribers. A customer needs not be captive to a particular network just because he or she wants to retain his number,” said Chaturvedi.