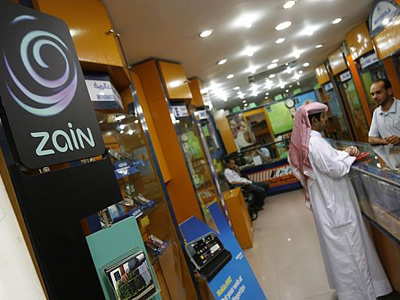 MOBILE phone service provider, Zain Kenya, and the government have begun talks with the aim of determining whether there should be a fresh review of tariffs which have spawned a price war.

Local media reports quoted Zain Kenya managing director, Rene Meza, as saying that the mobile telephony firm had opened face-to-face talks with the permanent secretary in the Office of the President, Francis Muthaura, saying the talks are proceeding well.
“We’re positively working with the government on the regulations” said Meza.

Zain is asking for a fresh review of fair competition, equality and tariff regulations that were revised this month after Safaricom put up a big fight against an earlier version published in May.

The meetings follow a hard-hitting letter to Muthaura, who is also the secretary to the Cabinet, dated September 23, in which Zain accuses the Ministry of Information of uneven handedness in its handling of telecoms market players, citing the recent review of competition rules “in favour of Safaricom”.

Meza was particularly outraged by the removal of a clause in the competition rules that defined the dominant operator as one whose revenues exceed 25% of the total income of all licensees in a particular segment of the market.

The competition laws were reviewed after Safaricom accused the government of unfairly targeting it for being successful and threatened to seek legal redress if no action was taken to review them.

The new rules bear no threshold on revenues or market share, meaning that even smaller players can be called to account when they engage in practices that beat the spirit of fair competition.

This means that a service provider such as Safaricom —which has welcomed the changes —will not be declared dominant just because it has significant market power.

The talks come at a time when the local mobile phone operators are locked in a price war that has seen the cost of voice calls fall by 50% to Sh3 per minute and short text messages to a rock-bottom price of Sh0.20.

Zain is also uncomfortable with a provision that requires industry regulator, the Communication Commission of Kenya to rely on a number of factors in determining any breach of anti-trust regulations.

Meza says the provision makes it impossible for the regulator to proactively act against a dominant player where possible abuse has been established.

CCK will instead rely on other factors including ability to earn supernormal profits, operators’ product price movements over a period of time and the possibility of an operator erecting entry barriers to the market to determine whether anti-trust regulations have been breached.