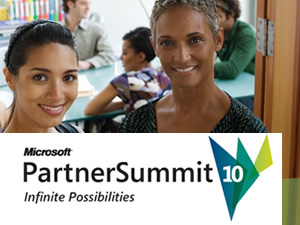 Dimension Data has emerged as the major winner at Microsoft’s annual Partner Awards, announced at a gala dinner at Sun City on Thursday night.

Dimension Data walked away with five awards, including the Large Account Reseller of the Year, Services Partner and Unified Communications Solutions Partner Awards.

Two companies won three awards each: Security specialists BUI won three awards — including the Security and Identity Solutions Competency award for a fifth year in a row – while IS Partners crowned a successful year by being named Microsoft’s Business Solutions Partner of the Year.

The dinner was held at the conclusion of Microsoft’s Partner Summit, the company’s premier annual event for industry partners. The finalists were chosen from hundreds of entries submitted by partners across the country, and the winners were selected on their dedicated use of Microsoft technologies to provide solutions for their customers’ needs.

Other companies to shine at the event were Mustek, which won three awards, including the prestigious Managing Director’s Partner of the Year Award, and Netsurit, which won the coveted Small Business Specialist Award.

Mteto Nyati, the managing director of Microsoft SA, said that although the way that people and businesses consumed technology was changing, partners remained at the heart of the Microsoft business model.

“We’ve not only made a Microsoft-sized commitment to the cloud – we’re making the same commitment to our partners,” he said. “Our partners are the cornerstone for delivering our offerings. Microsoft’s business models are, and have always been, partner-centric.”

Mark Reynolds, head of the small and midmarket solutions and partners at Microsoft South Africa, said the standard of entries received for the awards was among the highest ever. The judging process was also more stringent and transparent than in previous years, with finalists having to come through a gruelling two-round process that included face-to-face presentations to a panel.