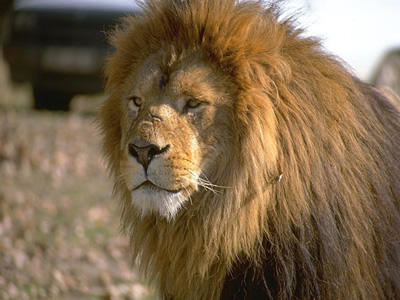 THE East African Region’s tourism industry has been urged to take advantage of faster internet speeds, increasing dominance of electronic commerce (e-commerce) and the rise of social media sites to further accelerate growth within the industry.

E-Tourism Frontiers chief executive Damian Cook says that due to the fast growth in the information and communications technology (ICT) sector as well as the faster internet speeds within the country the, tourism business has been revolutionized.

According to industry statistics, online tourist sales has experienced a major growth in the past year, with travel now being the number one selling commodity online and currently generating over $110 billion in sales annually.

“We must get more African tourism products available to the online travel shopper, especially following the massive interest in Africa after the World Cup,” Cook said while announcing that the firm would be holding a two-day conference from September 2 to 3,” Cook said the e-Tourism East Africa Conference is meant to help the sector understand and leverage the online opportunities and the new technologies available in the region.

The conference, which will be a follow-up to a similar conference held in South Africa, will have sessions on website development, e-commerce, online reservations and booking, e-marketing, multimedia, Web 2.0 marketing, user generated content, social networks and mobile marketing.

“We have seen many companies switch to online marketing and invest heavily in their digital presence after attending our events. We have received great feedback especially from SMEs who have made the move online and then recorded a dramatic boost to their business,” said the eToursim Frontiers boss.

An illustration of this, he said, is the move by the Uganda Wildlife Authority to place the country?s Mountain Gorillas on ?Facebook? last year, through the Friend-a-Gorilla programme.

Online travel continues to record growth, with recent polls from eyefortravel, a leading research company on internet focused travel,
suggesting that 7 out of 10 travellers currently use the internet as their primary source of travel information.

Added to this is the fact that almost half of the planet’s travel is being distributed and booked online, thereby making it crucial for the tourism sector across Africa to invest in online marketing and management.

There are an estimated 1.2 billion internet users globally. There has also been substantial growth in the number of internet users in all world regions, particularly in Asia and the Pacific, which, over seven years, has moved from third position (with about 100 million users), to top position with over 400 million. Current forecasts suggest that 1.5 billion people would have internet access by 2011.

In general, travellers are increasingly computer literate and IT-aware, with two thirds of the over 100 million travelers who are online using the internet to make travel plans. Among online frequent travellers, over 70 percent use the internet for travel planning while a recent poll of young UK travellers showed that 89 per cent of those polled preferred online booking.

New media on the web has major ramifications for travel, a fact that can be reflected from the new Web 2.0 environment, fuelled by content and driven by social networking sites.

About 44 per cent of US consumers used social networking at least once a month in 2008 while some 70 per cent of internet content is forecast to be created by individuals as opposed to publishers and brands within three years.

The nearly ten-fold increase in social network advertising spending in the US reflects optimism in the ability of companies like ,YouTube, MySpace, and Facebook. By 2011, research by ETC New Media Review estimates indicate that there will be 95 million web users creating content online, up from 64 million in 2006.