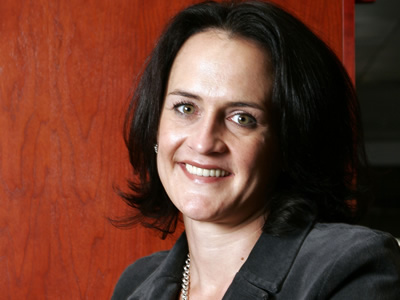 ProCurve, among other HP technologies, have introduced a unified wired and wireless offerings that provided Information Technology (IT) and general businesses with the ability to implement end-to-end network infrastructures, but with all managed centrally from a single management console and with an attractive ROI.

This follows lots of businesses experiencing increasing pressure to deliver fully functional wired and wireless networks that ensure high levels of network performance and uptime, and to do so while managing tight budget constraints.

HP South Africa Business Unit Manager for HP ProCurve, Lorna Hardie, said quite a number of businesses were turning to wireless offerings to meet their requirements.

According to Hardie, wireless offerings enables a holistic approach to managing an organisation’s network infrastructure and promise to reduce the time and effort required for network diagnostics, troubleshooting, and day-to-day network management and maintenance tasks.

Hardie said some of these offerings provided greater control for IT managers and increased capabilities for end users in simplifying the process of setting up and managing virtual LANs.

Among other achievements by Wireless LAN (WLAN) technologies is making inroads into the workplace, initially in communal areas such as meeting rooms and more recently across university campuses.

According to a Forrester Research survey conducted in June 2007, ‘planned adoption of in-house WLANs continues to grow in the Europe, Middle East and Africa region, with 46 percent of European enterprises having already adopted a WLAN, while 30 percent have an interest in deploying, suggesting a continuing trend towards more widespread adoption.

The benefits of wireless networks

Wireless networks offer several general advantages over wired networks such as the non-use of cables.

“Wireless networks are easier to set up, largely because cables are not involved, and WLANs handle site moves, office rearrangements, and additional users more easily than their wired counterparts.

Employees, customers, consultants, visitors and others can access the network from anywhere within the coverage area-conference rooms, warehouses, and break areas -not just from isolated desktops.

Users in these varied locations can be more productive, accessing updated information, sending or receiving files and exchanging e-mails and instant messages quickly and easily over the network.