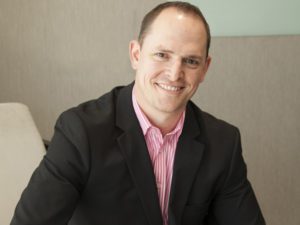 South Africa’s bandwidth pricing has experienced less dramatic reductions of late, after several years of more aggressive price drops – but, predicts Brian Timperley of Turrito Networks, a new round of disruption is due under the twin pressures of fibre rollout to consumers and the growth of international “over the top” (OTT) services like WhatsApp.

“We all know that South Africa lags far behind when it comes to bandwidth availability, cost and speed,” says Timperley. “In urban areas in developed countries the availability of bandwidth is likened to air – the idea of rationing it by capping services is very foreign. Fortunately, we are now seeing the beginnings of a new wave of bandwidth rollouts that will make up some of the backlog.”

He says fibre to the home (FTTH), now beginning to be rolled out in major centres around the country, spells a beginning to the end of Telkom’s monopoly over the last mile. “Local loop unbundling – making Telkom’s copper network available to other service providers to increase competition in the market – has been promised for more years than we’d like to recall, and the market has finally given up waiting. FTTH pricing is very aggressive at the moment for a service that’s far more stable, and often much faster than ADSL… copper theft also becomes a thing of the past.”

While rollout is still restricted to a handful of suburbs, Timperley says he expects the FTTH footprint to expand rapidly, paving the way for the end of capped services.

In addition, he says, local operators should brace themselves for a wave of competition from big international players on OTT (Over the Top) services. “WhatsApp’s introduction of free voice calls is an indicator of what’s to come. The quality of service may not be equitable to fixed-line, but even with the cost of cellular data factored in, it’s one twentieth the cost of a traditional call. People will forgive occasional jitter at that price point. That means existing providers are facing the real threat of a mass exodus of traffic from their voice platforms.

WhatsApp’s parent company Facebook is looking to Africa for its next billion users, adds Timperley:  “And it’s not just Facebook. Google has also announced plans to start providing free access in many parts of Africa. With these global giants getting in on the act, local providers are going to have to shape up and face competition they’ve never encountered before.”