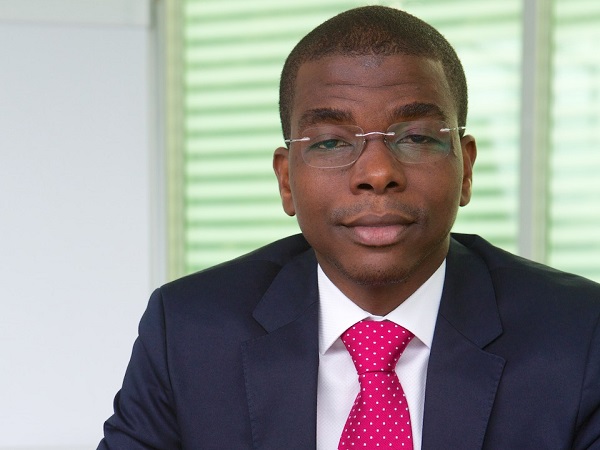 Like the rest of the global economy, technological innovation needs to be at the heart of Angola’s, or any other African nations’, future economic success.

However, the creation of a technologically driven innovation ecosystem within the country cannot take place without continual investment in education, national infrastructure, business support services and hard cash.

While technological innovation has historically been more advanced in some African countries such as Kenya and Nigeria, Angolan tech entrepreneurs are increasingly coming to the fore thanks to the commitment shown by the Angolan government to foster innovation, attract inward investments and improve the infrastructure in the country.

During recent years we have seen start-ups mushroom in a range of areas, including e-commerce and locally created web and mobile apps.  A recent example would be of Celio Garcia, who was one of the big winners of the Africa Android Challenge 2014 contest. He developed an app called SendOut, available on Google Play, which allows users to send free SMS messages to any individual on any network in the world. Technological innovation has also been driven by Angolans such as Benone Marcos who led the design, engineering and deployment of LNGs network and telecommunications infrastructure from the ground up.

Angola also boasts serial entrepreneurs in the technology space, including Amarildo Lucas who has launched a number of mobile applications since graduating with a degree in Computer Science from one Angola University. His apps include Cinyur, which is a dedicated app for movie enthusiasts. It has been dubbed as a ‘personal movie wizard’ or movie personal assistant, pointing users towards movie listings and cinemas in their local area. The creation of local apps is important because it provides app-based services for the local population but is also the perfect breeding ground for ambitious developers looking to expand globally.

Underpinning this surge of start-ups is a young, tech-savvy population in a country that has a high level of mobile penetration. We have also seen start-up incubators launch over recent years and a government policy that provides business support services. However, issues remain surrounding access to capital; a problem that is prevalent across the African continent.

In tandem, the government has created a novel venture capital solution that is designed to help growing businesses in Angola. In 2012, the government-backed venture capital fund FACRA was launched. It presents growing Angolan businesses with significant business support services and capital solutions. It also acts as an intermediary or conduit between foreign investors and Angolan businesses looking to expand. Foreign businesses that are looking for investment opportunities in Angola can approach FACRA directly in order to shop around for growing businesses that offer good investment opportunities. Angolan entrepreneurs should also view FACRA as an opportunity to explore growth opportunities and alternative ways to expand.

Over recent years there has been progress, with the liberalisation of the country’s banks and government support in the form of special technology incubator hubs. These include the December 2014 launch of the Institute for Support to Micro, Small and Medium Enterprises (INAPEM) in conjunction with Chevron. This incubator is specifically designed to empower entrepreneurs working in information and communication technologies. Entrepreneurs that work as part of INAPEM will be provided with technical skills training and management training, as well as access to a network of business leaders and industry partners.

Investment in technology infrastructure has helped, with significant expansion of mobile broadband coverage, however structural and logistical challenges still persist in the country and these need to be overcome if Angola’s e-commerce start-ups and web and app developers are to flourish.

In October 2015, the government announced that it would be awarding licenses to the country’s three big telephone companies to expand their operations across all parts of the country, a move that will widen access to high-speed broadband and move TV consumers from analogue to digital television. Such measures support Angolan e-commerce activity and mobile-based businesses, whilst also widening access to the global marketplace, 24 hours a day. The appetite for e-commerce is already evident in Angola – this year Apple music has become available for the first time in the country and the online shopping company Jumia opened its doors to Angolan consumers.

E-commerce is also a powerful economic tool because it supports ordinary small businesses that are designing, creating and shipping their own goods – but of course that also requires the ability to ship products. This is why transport and logistics are another important part of the technology industry – the e-commerce industry will not flourish with improper infrastructure. Right across the region, e-commerce is challenged by inadequate transport – so much so that Amazon is exploring delivery by drones. And of course, customers need to be able to make purchases and complete financial transactions using their mobile phones and that requires the buy-in from the country’s banks and financial institutions. A coherent and reliable online banking system is also crucial for growing businesses reliant on cash-flow in order to survive and grow.

Businesses are also looking towards the cloud technology as they seek to make financial efficiencies and of course app developers need to deploy their apps to multiple clouds if they are to reach wide audiences. Additionally, cloud deployment provides for greater disaster recovery solutions, including third party backup and the extension of data centres. Globally, cloud deployment is increasing and in a recent survey conducted by Equinix (a global data centre), 77% of business owners said that they planned to use multiple clouds in 2015 and beyond. Adoption of cloud computing is particularly relevant to start ups in Angola because it provides additional data security in a country that is still investing in infrastructure.

In many ways, technology is at the centre of Angola’s economic growth because its existence relies on ingenuity and innovation. For the medium term, all stakeholders – government, NGOs, educational establishments and the business community – must work together to encourage and support innovation in an industry that creates jobs and makes Angola more  competitive on the world stage. It is without doubt that Angola is buzzing with creativity and ambition – our job is to do all that we can to help todays innovators become the employers and business giants of the future.

By – Teodoro DE Jesus Xavier Poulson, Member of Investment Committee, FACRA
Supported by the Government of Angola, the Fundo Activo de Capital de Risco Angolano (FACRA) is one of the largest venture capital funds in Africa that offers long-term financial investments to enable MSMEs and entrepreneurs to realize their business development potential.