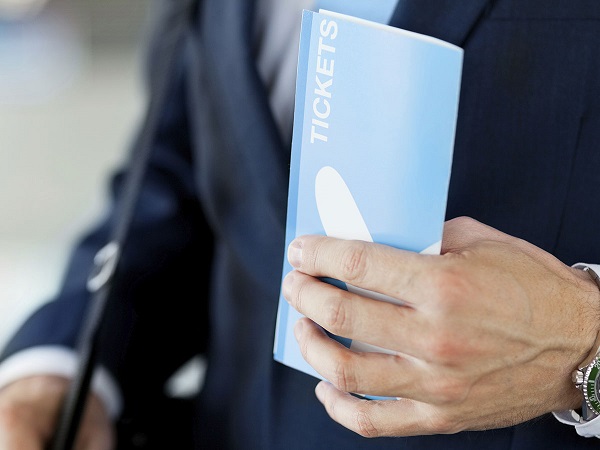 Whether you are travelling throughout Africa, or globally, you may be considering activating your mobile roaming services with your mobile operator of choice.

While mobile roaming services are indeed a blessing, especially when it comes to staying in contact with loved ones, business colleagues and associates… it can however become a financial burden.

According to various reports, users utilising roaming services have received substantially high mobile phone bills. According to enca.com, Kyle White was shocked to learn that Vodacom slammed him with a R46,000 bill for data roaming in Mauritius during the course of November 2014.

While White’s experience with mobile roaming was a disastrous one at that, we take a look at whether or not roaming services are actually needed… and whether or not Wi-Fi Networks are indeed a safer alternative.

Over the past few months IT News Africa has visited a number of countries in order to cover various industry events – including Citrix Synergy 2015, which was held at the Orange County Convention Centre in Orlando Florida.

While visiting various countries, international roaming has essentially become a last resort in terms of connectivity as well as communication – due to the higher costs associated with it. Mobile applications such as WhatsApp and BBM Messenger are widely available from various app stores in various countries, including across Africa. These services allow for text messaging as well as voice calls, which can be made by utilising an internet connection via a Wi-Fi Hotspot. Additionally, Skype can be used to send text messages or make video calls.

When it comes to the USA, Spain, Abu Dhabi, and various parts of Africa, internet connectivity over Wi-Fi is widely available and often free. As a results, the average traveller need not rely on mobile roaming services.

At Citrix Synergy 2015, IT News Africa spoke with with Brendan Mc Aravey, Country Manager, Citrix South Africa – who gave us his take on roaming services as well as Wi-Fi connectivity.

According to Mc Aravey, mobile roaming services can be used at times when the user is essentially in an environment that does not offer Wi-Fi connectivity. Mc Aravey added that, in his experience, he has rarely used the service.

“Internet connectivity has boomed, especially in Africa. The uptake of mobile devices in phenomenal, which means that internet services providers have ramped up their coverage zones in order to meet the demand.”

“While Wi-Fi connectivity is widely available, users should be wary of what they do online,” Mc Aravey added.

Mc Aravey stated that: “Browsing the internet and utilising map-based services, accessing BBM Messenger and WhatsApp is fine over Wi-Fi networks; however, users should be aware that performing financial transactions, sending business related emails or uploading business related content should be done via secure connections. Whilst roaming, mobile operators do secure the connection for these services; however, if the user does not have access to roaming, or a local SIM card, it is best to connect to a secure connection – rather than potentially revealing your account details or business transactions.”

While utilising roaming services can result in higher bills, connecting to multiple Wi-Fi Hotspots also comes with risks of its own.

Commenting on this, Brian Robison – Principal Technology Evangelist, Mobile Platform Groups for Citrix stated that: “There are many risks associated with the utilisation of public internet services. Users must be aware that, while most Wi-Fi networks are generally safe to use, there are times where hackers may setup up fake access points in order to obtain the personal details of users connecting to those access points.”

According to Robison, airports are one of the top hot spots where hackers can take advantage of unsuspecting travellers. Robison added that: “Hackers set-up multiple Wi-Fi Hotspots, which seem like the real deal, but have been designed to download crucial information from your laptop, smartphone, or tablet device.”

Robison added that: “Mobile operator users do not essentially need to utilise roaming services whilst travelling; however, the user needs to take a smart approach when connecting to readily available Wi-Fi Hotspots.”

According to Robison, when connecting to a Wi-Fi Hotspot, users should be aware of the following 5 connectivity tips:

1. Watch out for unrecognised certificates when connecting to social networks. If the official Facebook page reveals a certificate warning, there is a significant chance that the Wi-Fi network has been created by a hacker.

2. Do not perform business transactions over public Wi-Fi, unless you are sure that there is an added layer of protection on the network. If you are a mobile user, you can install VPN applications which can offer that extra layer of security.

3. Watch out for websites that do not look like the original website. It is easy to fake a website’s homepage and content. If you come across a website that you regularly visit, and it does not look or function correctly… disconnect from the Wi-Fi Hotspot immediately.

4. Whilst using banking applications over a Wi-Fi Hotspot always ensure that you have two-step verification enabled on these services. This will often come in the form of a One Time Pin (OTP), which is sent via the service to your email or mobile device.

5. Finally, when searching for a Wi-Fi Hotspot, look out for duplicate networks. If you enter an area that has multiple active networks with similar names, such as AirportWiFi1 or AirportWiFi2, chances are one of those networks has been setup by a hacker.

Mobile Roaming versus Wi-Fi Connectivity
With almost every airport, hotel, or restaurant featuring an open Wi-Fi Hotspot there is really no need to utilise roaming services… especially if you are not performing any critical business or banking transactions. However, if you do find you need to perform such transactions, it makes sense for you to activate your mobile roaming service’s in order to safely transmit the data.

Additionally, it is best to avoid uploading a large set of images taken on smartphones to social media websites. Most smartphones capture high-resolution images. If these images are not compressed, you may find yourself uploading 200MBs to 1GBs worth of data, which will be charged at international roaming rates.

Essentially, users need to be smart when activating and utilising roaming services. Always watch your data use, call times, and always disconnect the service when not in use. When connecting to a Wi-Fi Hotspot, always assume someone is watching. Do not perform financial transactions, and be careful what business related content you send whilst connected to an open Wi-Fi Hotspot.

Overall, both mobile roaming and Wi-Fi Hotspots pose a risk financially, especially if your data ends up in the wrong hands.