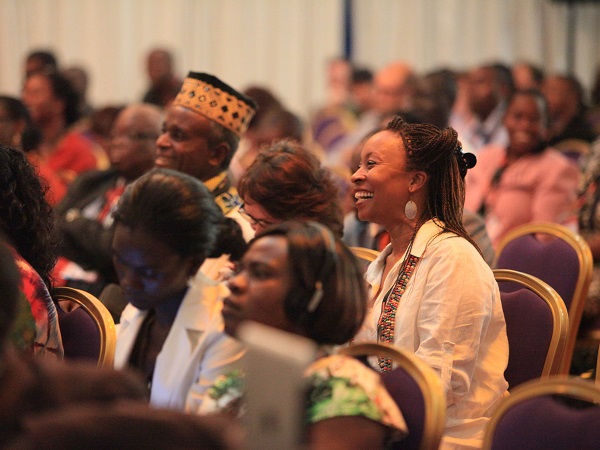 International experts will call for African leaders to “leapfrog the shackles of convention” at a major education conference next month, in order to ensure that African economic growth is sustained by adequately trained young people.

The programme for this year’s eLearning Africa, which is being co-organised by the African Union and co-hosted by the Government of Ethiopia, reflects the extraordinary breadth and pace of change underway in African education – and the challenge for new technology-based solutions to meet Africa’s growing demand for high quality education and training.

Africa’s leading conference on technology and learning, eLearning Africa, will celebrate its tenth anniversary next month in Addis Ababa with a typically diverse and challenging agenda. The programme for the conference, which is published online today is packed full of presentations on how technology and learning are changing the African continent.

A major focus of the conference will be on the role technology-assisted learning can play in helping to develop the skills vital for the future of Africa, by equipping young Africans with entrepreneurial expertise, supporting capacity development in key sectors such as health, and assisting a new generation of entrepreneurs to develop innovative solutions in the education technology sector.

Other key themes for the conference will include the development and promotion of African research, boosting international cooperation in the education sector between African countries and the rest of the world, and the expansion of open education resources and tools.

Sessions at the conference will feature presentations on the use of mobile applications for health professionals, the use of ‘gamification’ to bridge the skills and learning gap, an in-depth examination of the latest statistics on ICT in education in Africa, the role of education technology in empowering Africa’s female farmers, online African language learning, removing digital illiteracy, and developing the role of the librarian.

Some of the world’s leading experts on education and technology will attend eLearning Africa and keynote speakers will include Mark Surman, Executive Director of the Mozilla Foundation, makers of Firefox, and Shai Reshef, the founder and President of the University of the People. Under Mark Surman’s leadership, Mozilla has developed a range of education-related products and services to promote web literacy and advance a new generation of digitally empowered citizens.

Shai Reshef is a leading global education entrepreneur who has been working in the international education market for over 25 years. He was recently nominated as one of Wired Magazine’s ’50 People Changing the World’ and the Huffington Post has described him as the “ultimate game-changer in education.” A challenging speaker, he will argue that, with the numbers of potential students in Africa vastly outpacing currently available facilities, there is a critical need for smarter online resources to empower young people and provide the engine for continuing economic growth.

“Africa overtook the first world nations by taking up mobile technology at a far accelerated rate,” he says. “The continent’s leaders now need to do the same with higher education and leapfrog the shackles of convention to bring higher education over the internet to meet the massive demand from its burgeoning youth population. Although there are close to 300 million internet users in Africa, there is only about a 5% tertiary enrolment ratio in sub-Saharan Africa, compared to an average of 70% in high-income countries.

eLearning Africa is the continent’s largest and most influential conference on technology-assisted learning and training. Every year, it brings together over 1,500 people from nearly 100 countries, providing a unique forum for dialogue, networking and the exchange of ideas. The conference also hosts a high-level ministerial roundtable, which provides an opportunity for African education and ICT ministers to meet leading global experts and discuss new opportunities and initiatives in the field of technology and learning.

Rebecca Stromeyer, Chief Executive of ICWE GmbH, whose company is co-organising the event stated that: “The programme, which we are publishing today, shows that this year’s conference will be the most interesting, challenging and important in the eLearning Africa series. I am delighted to be back in Addis Ababa for our tenth anniversary and very pleased to be working with the African Union and the Government of Ethiopia on this important international event.”