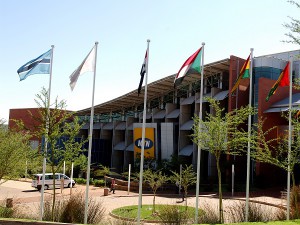 A survey of the telecommunication sector has revealed that a higher proportion of Nigerians use two phone lines, with 76 percent having MTN as their main line. The result of the survey by NOI Polls in Abuja shows that subscribers use two phone lines either registered under one network provider or under two different ones, The Independent reported.

This trend has been consistent from 2012 to 2014, but a 5-point reduction in the proportion of Nigerians in this category was seen from 2012 to 2013 and a 3 point increase in 2014. An assessment placed MTN as the most frequently used network in the past two years (2012-2013) and even in present times, although subscription to this provider has consistently declined within this period.

Rates for use of other networks were 45 percent for Airtel (up from 39 percent), 33 percent for Etisalat, 28 percent for Glo and 1 percent for Visafone. Airtel was the only network that has seen a considerable growth in the proportion of its users. This increase may have been driven by its cheaper tariffs.