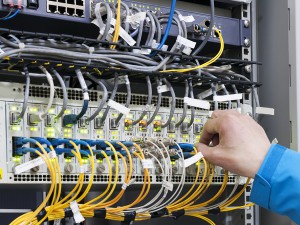 Kenya currently leads in African connectivity with the highest bandwidth per person on the continent, the fastest speeds, and some of the lowest internet costs, according to a presentation held by Liquid Telecom Kenya CEO Ben Roberts, at the EastAfrica.com conference in Nairobi.

“Investment in the continent’s connectivity is creating multiple benefits that Kenya demonstrates as a clear example of a virtuous circle, where each investment accelerates the next, with an ever increasing footprint of beneficiaries,” said Roberts.

Following on from the connection of the continent’s most concentrated cluster of undersea cables; the galloping development of the Kenyan Internet Exchange Point; the creation of thousands of Points of Presence by international and national service and content providers – delivering speedier content; and the achievement of the second cheapest internet costs on the continent, Kenya has now emerged in the top position in Africa for internet access.

“Kenya has achieved a confluence of infrastructure and provision that has positioned it with the highest growth in internet take-up compared to income per capita in Africa,” said Mr Roberts. “It has effectively become an outlier in its internet take-up, and seen Nairobi join Johannesburg as one of Africa’s two regional internet hubs.” 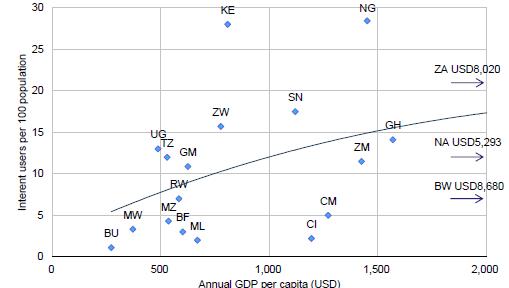 Research commissioned by the Internet Society and published in May last year further found that East Africa offers the lowest internet costs on the continent, with Kenya the cheapest in the region. 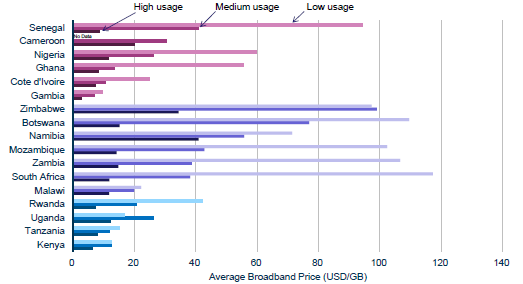 In its report on ‘Lifting Barriers to Internet Development in Africa”, the Internet Society found that Kenya had outperformed in surmounting a series of infrastructure barriers to arrive at its now emerging internet leadership.

The country has more undersea cables than any other nation on the East African coast, with government support having been directed at increasing access and participation by more carriers. The landing of the East African Submarine Cable System (EASSy), The East African Marine System (TEAMS), SEACOM and LION high-capacity submarine cables brought a 20-fold increase in international bandwidth in the country to 20Gbit per second.

Kenya also has more licensed international gateways than any other country in sub-Saharan Africa, now at 13, in total, according to the Internet Society.

The localisation of internet connections through the Kenya Internet Exchange Point (KIXP) has also been critical to Kenya’s emerging internet leadership. KIXP allows local internet users to interconnect locally, without traffic being pointed back to the US or Europe. The Kenyan exchange is now localising more than 1Gbit/s of peak traffic, dramatically reducing latency from 200-600ms to 2-10ms on average, while allowing ISPs to save almost $1.5m per year on international connectivity, and to make revenue gains on increased internet usage – on faster speeds – of as much as $6m a year per operator.

In 2011, Google installed a Google Global Cache (GGC) in Kenya, retaining static content, such as YouTube videos, after it has been downloaded in Kenya, which has also had a significant impact on ISP traffic levels. For example, the Internet Society reported that the educational network, KENET, experienced a roughly ten-fold increase in Google usage, from 20Megabits per second to 200Megabits per second, after the cache was established, attributing the rise to better speeds.

Shifting content and routing to the local exchange has similarly impacted the mobile operators. According to an ‘Assessment of the Impact of Internet Exchange Points – Empirical Study of Kenya and Nigeria by the Internet Society’, one operator alone is seeing a revenue increase of just under $6,000,000 a year from the rise in locally routed Internet traffic.

The country has benefited in much broader ways again from its rapid embrace of local internet infrastructure. The Kenya Revenue Authority used local routing that saw 160,524 citizens file their income taxes online in the first half of fiscal year 2011, and 5,000 users register for the customs, system, representing 95 per cent of the industry. Technology, according to the taxman, has been key in assisting it meet its tax collection targets.

The benefits of the KIXP are also beginning to extend beyond Kenya’s borders. As of January 2012, 56 per cent of the Autonomous System numbers routed through the KIXP in the previous six months were from 16 foreign countries, ranging from Botswana to Zimbabwe, and as far away as the United States.

Cross-border terrestrial networks are also expanding rapidly in Africa. Carriers still largely use intra-African capacity to connect with submarine cable stations for onward transit to Europe, rather than to facilitate the exchange of African traffic, but this is beginning to change.

“The investment in this key national and local infrastructure is absolutely key to further increasing African internet speeds and reducing the cost of internet use to all users,” said Mr Roberts.

Liquid Telecom’s fibre network now stretches over 17,000kms across country borders, including the first ever regional fibre ring connecting the east African countries to each other and the rest of the world.