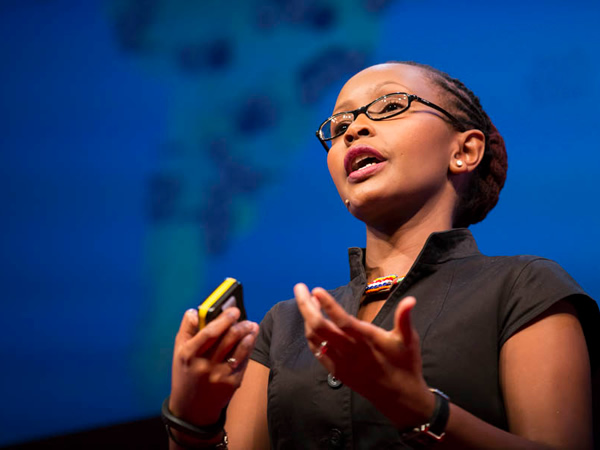 2013 was a busy and challenging year for operators within Africa’s growing telecommunications sector.

In this list, ITNewsAfrica’s editorial team profiles the top newsmakers, individuals who represent a cross section of companies and organisations that make up the continent’s thriving and ultra-competitive technology landscape.

We believe these individuals, through their words and actions, have exerted significant influence on the broader ICT industry and the direction of emerging markets throughout the continent.

They have been ranked in accordance with general news coverage and level of activity.

Since his appointment as Group CEO and Executive Director of Telkom SA in April 2013, Sipho Maseko has made headlines with continued coverage of his strategy for the Company amid ongoing speculation by stakeholders, investors and the public over the status of the telecommunications service provider. Underpinning its ‘turnaround strategy’, in November 2013 the Company reported Group interim results for the six months ended 30 September, with headline earnings per share of 224.2 cents from 101.1 cents in the prior reporting period. Issues including the suspension of CFO, Jacques Schindehütte, have fuelled speculation. Maseko has publicly stated the companies intention to instil a disciplined approach to capital allocation, as well as the need to act swiftly in order to establish a leadership position in data transmission. Telkom’s Board and management team have already resolved several long-standing issues affecting the performance of the Group, including impairing a large portion of the Group’s legacy assets, settling Competition Commission penalties, and reviewing the post-retirement medical aid liability.

Outspoken and featured extensively in the news, Nigeria’s Minister of Communication Technology, Omobola Johnson has been quoted in numerous reports about the country’s competitive and growing telecommunications sector – specifically focused on the issue of alleged poor service quality and the impact on consumers. The Minister recently extended a fresh warning to telecommunications service providers and operators to meet Key Performance Indicators (KPIs) or face new penalties. Operators have reportedly been told that as from 01 January 2014, failure to meet targets will result in the application of a new line of sanctions – including limiting sales and reducing operations across the country. The Ministry has reportedly linked up with the NCC and Consumer Protection Council (CPC) in its efforts to regulate service provision going forward.

In July this year tech giant Apple acquired startup venture HopStop.com, a mobile application that provides an online city transit guide for over 100 metropolitan areas worldwide. The startup was established by Nigerian entrepreneur Chinedu Echeruo. He grew up in Lagos where he attended Kings College. After completing his studies, he moved to the US in 1995 and obtained an MBA from Harvard Business School and a BS from Syracuse University. According to Nigerian blog Bella Naija, the idea for HopStop came after Echeruo relocated to the US. “When Chinedu first moved to New York City in 1995, it was pretty difficult for him to navigate the busy city with ease. This ‘problem’ sparked the creation of HopStop a few years later.”

An undeniable influence in the Zimbabwe Election 2013, ‘Baba Jukwa’ – portrayed as a cartoon of an old man and coined ‘the Julian Assange of Zimbabwe’ – stole the limelight and grabbed the world’s attention. In August the Baba Jukwa Facebook page had over 300 000 plus followers and continued to lead details on the activities of the Zimbabwean government (with contact numbers of officials!). One analyst said of the social media maverick “Baba Jukwa is just one manifestation of a silent revolution that is taking place…”

Juliana Rotich –  Exec director of Ushahidi and co-developer of BRCK

IT professional and co-founder of Ushahidi Juliana Rotich is also the co-developer of BRCK, the backup generator for the internet. The solution, designed and prototyped in Nairobi, Kenya, works similarly to a mobile phone and can switch between Wi-Fi and 3G. It can connect up to 20 devices and is said to be scheduled for official release during the first quarter of 2014. Rotich is associated prominently with internet access built for Africa and has spoken on global forums including TED Africa.