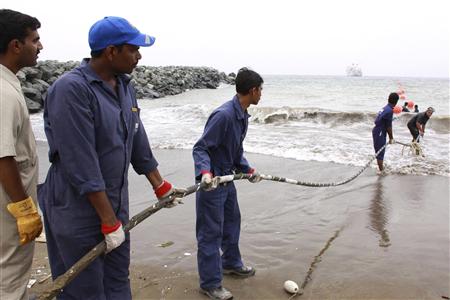 The $800 million Glo 1 undersea cable has landed in Lagos. The landing of the submarine cable in Lagos makes Globacom the first single operator to successfully link submarine cable from the United Kingdom to Nigeria, a project that is designed to crash telecom prices and make bandwidth abundantly available.

This event is historical because it is the 1st time that a single company has embarked on such a projoct on the continent. The trend in the global telecommunication industry is for a consortium of companies or even nations to combine resources to build submarine cables as was the case with the SAT submarine 3 cable which was built by a consortium of 36 countries.

With the successful landing of the submarine cable in Lagos, Globacom says it will likely commence commercial operation after the commercial launch in 6 weeks time.